What is Yang Family Tai Chi?

For thousands of years, Traditional Chinese Medicine (TCM) has included movement and mindfulness for maintaining optimal health and achieving high levels of vitality. These interventions, collectively called Qigong, combine dance-like or animal-inspired movements plus breathing and concentration exercises to produce therapeutic benefits. Taijiquan (also: Tai Chi, Taiji) is one type of Qigong system, which incorporates martial arts as well as Taoist philosophy.  In recent years Tai Chi has seen a widespread growth of popularity, due largely to increased research and awareness of its powerful health outcomes.

Yang Family Tai Chi is named after the founder, Yang Luchan, his son and grandson, Yang Jianhou and Yang Chengfu. While employed by the Chinese emperor to teach martial arts to the palace guards in the forbidden imperial city, Yang Luchan became famous for his unique “soft” or “internal” style of fighting, which earned him the nickname “Cottonfist”. Yang Chengfu was the first to teach Tai Chi to the general public, demonstrating Tai Chi’s wide-ranging applications, not only in martial arts and health, but also in the domains of spirituality and living a good life.

Few exercise systems boast a risk-free guarantee! The gentle, slow method of practice in Taiji and Qigong is appropriate for nearly anyone, including those with significant limitations. Even the martial drills can be easily modified to a comfortable level of force for each individual.

In addition to being risk-free, the gentleness of Taiji reduces the reliance on motivation and makes it easy to incorporate into other exercise programs. Even on recovery days, simply moving through a comfortable range of motion is the perfect way to prepare for the next bout.

Best of all, Taijiquan is a life-long practice. Continuing to provide physical development and practical insights throughout all life’s years. Taiji is a philosophy of change. Movement is change, and thus the practice is limitless. That is the literal meaning of the name “Taijiquan”. Quan translates to “way”, “form” or “fist”. The word Taiji means “grand ultimate” or “the infinite”. So therefor, Taijiquan is The Way of the Infinite. 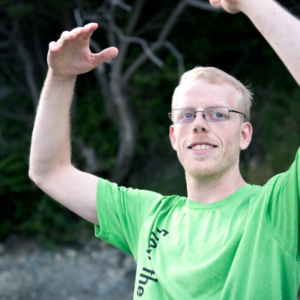 Gabriel Shaw is a presenter at the 2018 Victoria Yoga Conference. When it comes to movement practice, Gabe believes in methods that reflect our life principles. He believes that training ought to be light-hearted and sustainable. His mission is to bring people together on the path toward self-discovery through fulfilling disciplines. He especially enjoys sharing with other dedicated learners who are seeking a richer experience of themselves and their community. His first introduction to Tai Chi was over 15 years ago and his influences include the practices of Yoga, Vipassanna, Martial Arts, etc. He is completing his B.Sc. Kinesiology later this year. See his 2018 Conference offerings here.