Where do you go when you feel broken?

To be honest, I don’t think I really got the depth of these practices until three months ago when I wound up in the ER. Logically I understood the benefits and what was likely going on in my body, but now, now it’s something that feels ground breaking, fundamental, and deeply resonant.

Meg was born and raised on Vancouver Island, and has been practicing yoga for well over ten years. She has a deep love for yoga in all of its forms! She is drawn to the evolutionary and compassionate nature of yoga, and the opportunities for deep healing that are ever present. Her practice has been with her through the good times and the not-so-good times, and continues to facilitate her growth and development as a human being. As a student she is humbled by the power of practice and its ability to keep her grounded and present, even when things are tough. As a teacher she sits in the seat of a seeker, a lover of the internal arts, and constantly works to unravel her own hindrances and suffering so that she can better serve others. 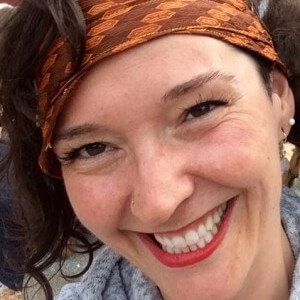 I have explored yoga on and off since I was a teenager, and found my dedicated, life-long practice when I was in my late twenties. I honestly don’t know where I would be without it, and I’m so grateful to those who urged me to get into the studio to move my body, find my breath, and connect to my Self. Ultimately this led me to healing, capacity, and integrity of body, mind, and heart that I didn’t know was possible, or perhaps had forgotten.

Three or so months ago my life changed. Or rather, my brain’s ability to function as it always had, and my mind’s ability to comprehend my reality changed. I was in Seattle attending a training in Yin and mindfulness meditation, and was beyond excited to be there. Here I was, blessed with the opportunity to study with a teacher I’d long been learning from through books, blog posts, and DVD’s. I had driven my car down but brought along my bike, ‘cause hey, be green. On my third morning I was happily cycling to the studio when I found myself between the tracks of Seattle’s light rail system. These are slick rails that are flush with the pavement. I saw in my mirror that a car was fast approaching, and I thought it best if I move to the side. I made a quick decision, turned my tires to the right, thinking I would glide over the rails. I was wrong. I don’t remember exactly what happened, but I believe my front tire shot out from under me which caused me to take a violent fall, landing on my left elbow, and the left side of my head. While I was wearing my helmet (thanks Dad!), it had cracked badly in two places, and my elbow was a mess. I tried to get up and failed, feeling confused and disoriented. I looked up and saw a crowd of people standing over me, asking me if I was ok, if I needed an ambulance, etc. I hate being the center of attention, so this was the worst. I managed to get up and hobble over to the pavement where I squatted against a lamppost and tried to breathe. Two women slowly approached me and insisted that they drive me to my destination. I refused at first, but then realizing there was no way I would make it the five blocks to the studio in my condition, I gratefully accepted. One woman, Frankie, left to go and get their truck. The second, I think her name was Grace, made conversation while we waited. She told me how many times she had slipped on those tracks, and that when she was down and people were accosting her with questions all she wanted to do was take a goddamn breath. I agreed.

I ended up in the emergency department of the closest hospital, where the ER doctor took one look at my elbow and told me she was quite certain I was going to need surgery. Then the most extraordinary thing happened. I watched as my mind started spinning out of control, conjuring up all sorts of extravagant and suffering- filled realities that weren’t actually happening. I felt a longing for home and my people that I experienced like the pull of a riptide, powerful and compelling. And then it occurred to me: this is the stuff that I was learning about in my training, and had been practicing for years. This was the moment I got to choose to move away from my distraught mind and take up residence in my body. I made that choice, I found my breath, and felt my way back. Even with conditions as they were, which weren’t great, I felt calmer. I felt grounded. I felt like whatever was going to happen, whatever the future held, it was all going to be ok in the end. Guess what? As it turned out, my elbow was fine. Nothing broken, no surgery  needed, and I was one grateful gal. Once my elbow healed, I figured it was business as usual, except it wasn’t.

Over the next several weeks I started noticing that things weren’t the way they were before my fall. My words would come out reversed sometimes, or I would get small bouts of word salad. My memory was worse than usual, my emotions seemed extra big and it was much harder to choose response over reaction. I was exhausted all of the time, and couldn’t function for much longer than a few hours before needing a nap. I felt confused, angry, volatile, and utterly broken. It turns out I had, and still have, a fairly serious concussion and mild traumatic head injury. It’s really only been in the last three weeks or so that I’ve discovered the extent of what that day entailed. There are a lot of things I can’t do that I used to do, and want to do, but I have to make sure that I rest effectively, not the way I had been which I thought was enough (it wasn’t). The tools that are serving me best right now, and keeping me in the direction of recovery, are my yoga practice, my meditation, and my mindfulness practices. My teacher Sarah would say often, “A focused mind suffers less”. I get it now. I really do. Every time I feel like my mind is spinning off, or a time-out gives me the clarity that a conversation with my partner could have been more skillful, I turn to my practice and turn inward to the innate wisdom of my body. To be honest, I don’t think I really got the depth of these practices until three months ago when I wound up in the ER. Logically I understood the benefits and what was likely going on in my body, but now, now it’s something that feels ground breaking, fundamental, and deeply resonant. My practice has once again undergone an evolution, and with it so have I.

So, where do you go when you feel broken? 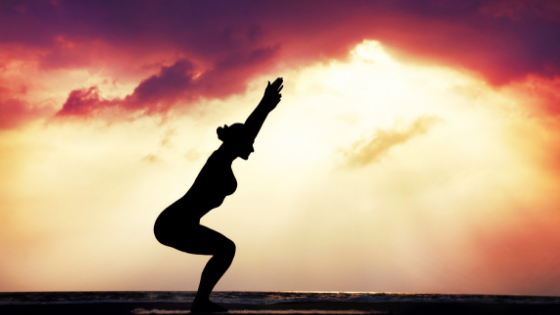